Melanie Cove and the Concert in the Smoke

Prideaux Haven, Laura Cove and Melanie Cove were starting to fill up probably due to the free floating concert that weekend. 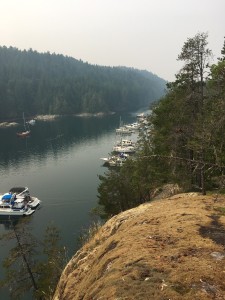 We tried for our usual spot in Laura Cove but it was taken and the rest of it looked a bit tight… so we rafted in Melanie. It was just fine when we got there but very quickly became PACKED!

It’s a great spot but a bit too busy this year.

I guess we knew it would be busy as the Floating Concert has become popular and has been published in a few cruising magazines.

We didn’t quite know what to expect but it was truly a lot of fun !! 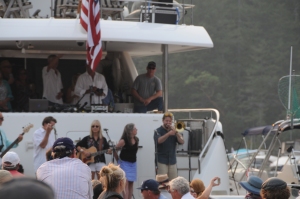 This year the concert was dubbed “concert in the smoke” because of the forest fires that had been burning for several weeks.

It’s hard to say how many dinghy’s were there but maybe 150 or so. 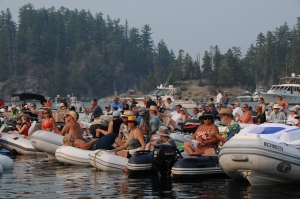 We rafted with a few other friends in their dinghy’s and soon others joined us. 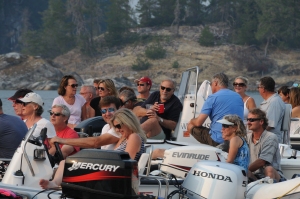 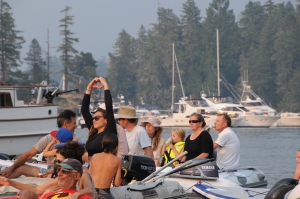 This entry was posted in Cruising with Tolly Roger, Destinations. Bookmark the permalink.